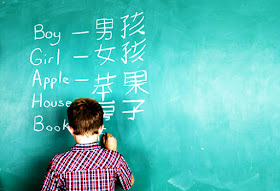 Raising a bilingual child is not so easy. However, things become easier when the parents speak in two different languages. For example, a child may have parents belonging to two language groups or nationalities. The father may speak Chinese very fluently while the mother may be very vocal in French. The child that grows in such a home gets all the best opportunities to speak in both languages. However, the dominant language that the child learns to speak will be the mother's tongue. This is because of the proximity of the child with his or her mother. In fact, the mother will nurture her child for more than 8 years almost on her lap. This proximity may compel the child to learn his or her mother's language more than the father's.


Whatever the case, teaching your children two languages is still very difficult. You may never teach it intentionally and you do not teach with a definite purpose. Learning language comes automatically to children. However, teaching two languages takes some time and effort. In addition, children will learn language effortlessly when parents give them enough time and exposure to the language. There are two types of bilingualism at home:


The first one is the simultaneous learning of two different languages at home that is affected by four important issues: